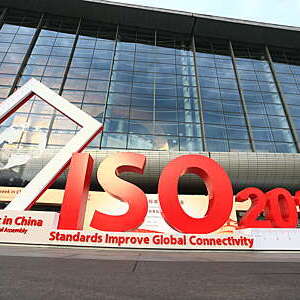 The group of experts that develops ISO 14001, the world’s most recognized framework for environmental management systems, has been awarded the Lawrence D. Eicher Award for excellence in technical work.

The distinction, which recognizes the significant contribution of an ISO technical committee or subcommittee to the development of International Standards, was presented at the 39th ISO General Assembly, running this week in Beijing, China.

In addition to ISO 14001, the subcommittee develops supporting standards for environmental management systems, including ISO 14004 on implementation, ISO 14006 on eco-design and a number of others standards currently under development such as ISO 14007 on environmental costs and benefits. Using ISO 14001:2015 can provide assurance to company management and employees, as well as external stakeholders, that environmental impact is being measured and improved.

This year, the standard celebrates its 20th anniversary. “For two decades, ISO 14001 has been helping organizations to better manage the impact of their activities on the environment,” said Acting ISO Secretary-General Kevin McKinley during the awards ceremony. “It is implemented in over 300 000 organizations and helps to support the United Nations Sustainable Development Goals.”

Mr McKinley commended the efforts the subcommittee had made as part of the revision of ISO 14001, including a continual improvement survey and the innovative ways in which it communicates and promotes its activities. This includes the use of technology and social media, such as Google hangouts and Twitter chats, as well the creation and maintenance of a successful Web presence.

He also highlighted the subcommittee’s effective leadership in increasing committee membership, including the desire to promote the involvement of developing countries, which ensures the presence of world-leading expertise within the committee.

“Through this award, we want to acknowledge the importance of this committee’s membership – which is among the highest of any ISO technical committee/subcommittee, containing many different stakeholders. This shows the worldwide interest in the work of this committee. Its 70 P-members and 22 O-members include countries of all levels of development in every region.”

The Lawrence D. Eicher Leadership Award was developed in 2002 to acknowledge excellence and innovation in technical work, as a tribute to ISO’s late Secretary-General who served from 1986 to 2002.