As climate change reveals the vulnerabilities of infrastructure, ISO is providing the tools to enable the assessment of risk and adapt to it. 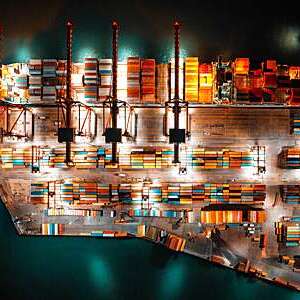 As the world enters the third year of the COVID-19 pandemic, the climate crisis remains the biggest long-term threat facing humanity, according to the Global Risks Report 2022. Extreme weather due to climate change is seen as the second most serious short-term risk, with biodiversity loss coming in third.

According to the National Oceanic and Atmospheric Administration, the Earth’s temperature has increased by about 1 °C since pre-industrial times. This massive accumulation of heat has caused the unusual abundance of flash floods, melting ice caps, superstorms, droughts, heatwaves and catastrophic forest fires that marked 2021.

Faced with this reality, governments are encouraged to think more broadly and create policies that shape the agenda for the coming years. Now more than ever, standards need to be part of the coordinated multi-stakeholder response to ensure the transition to net-zero economies.

Events of recent years have shown vividly just how unprepared we are for climate change. Ports and inland waterways are especially vulnerable, as 80 % of the world’s volume of goods go through seaports, which in turn are exposed to storms, coastal erosion and sea-level rises.

Despite these vulnerabilities, the UK’s Climate Change Committee reported last June that the UK’s ports currently lacked resilience and adaptation plans. Globally, the World Association for Waterborne Transport Infrastructure, which has produced guidance on climate change resilience for ports and inland waterways, echoed this when describing a survey by the University of Rhode Island’s Department of Marine Affairs. Researchers discovered that most ports are still not even planning for climate change, leaving entire supply chains at growing risk of disruption.

“Climate change is not something that will happen in the future – it is happening now and is already too late to avoid. Countries are feeling the impacts and we need to adapt rapidly,” says Doogie Black, Lead Analyst for Climate Sense, a consultancy with two decades of providing strategic and practical advice on climate change adaptation. Black is also the principal UK expert in the working group which developed ISO 14090, an International Standard that can be applied to any type and size of organization. ISO 14090 provides an ideal systematic tool to assess and manage these climate risks.

Adapting to climate change is expensive but the costs of not adapting are greater. The United Nations Environment Programme asserts that annual adaptation costs in developing countries are currently about USD 70 billion annually and are predicted to at least double by 2030 and more than quadruple by 2050. However, there is a silver lining to the cloud of resilience investment: the World Bank has also determined, for example, that for transition economies, every USD 1 invested in climate-change infrastructure adaptation yields USD 4 in benefits.

So how are ISO standards contributing to these efforts? “Organizations face risks from a changing climate in a number of ways. Yet all these organizations can use ISO 14090,” explains Black. ISO 14090, Adaptation to climate change – Principles, requirements and guidelines, delivers a systematic framework for adaptation and long-term planning in a way that dovetails with existing management systems and ensures continuous improvements.

“Decisions are often long-term, affecting people for decades; much of our infrastructure, for example, has to be designed to last a hundred years or more,” says Black. ISO 14090 describes how organizations can plan for this, whilst crystalizing decades of experience in climate change adaptation.

“There is a worldwide community that has been taking climate change adaptation seriously for decades, so there is a wealth of experience in this field. The objective within ISO 14090 is to capture the best way to adapt. It includes different concepts many people have worked on, and then brings them all together,” he explains.

The result is that ISO 14090 provides a systematic framework, which all organizations – whether large or small, beginners on climate resilience, or leaders in the field and in any sector – can apply to determine their own risks and then plan to adapt to them. The Association for Waterborne Transport Infrastructure, the United Nations Economic Commission for Europe and the United Nations Conference on Trade and Development all now highlight the value of ISO 14090.

Black was also central to the Climate Sense team which developed a risk-based process and software tool for evaluating how adapted organizations are to climate change, and hence target areas where there are gaps. Known as the Capacity Diagnosis & Development (CaDD) framework, this has been applied widely and internationally as an effective method for measuring and developing the adaptive capacity of organizations and their systems.

Over 15 years, Black engaged in work for the European Union, developing a maturity matrix for assessing how well organizations were prepared for climate change. This matrix has six levels, ranging from completely unprepared to fully prepared. The principles of this matrix and the CaDD process are now embodied within ISO 14090 and within a complementary standard, ISO 14091 for vulnerability assessments.

We have to prepare for weather extremes, such as intense rain but also drought.

“Understanding an organization’s vulnerabilities is a critical part of adaptation and this is where ISO 14091 provides the tools,” explains Walter Kahlenborn of climate consultancy adelphi, who is also Convenor of the working group that developed ISO 14091.

UBA then proposed a new International Standard for vulnerability assessments, which led to the creation of ISO 14091, Adaptation to climate change – Guidelines on vulnerability, impacts and risk assessment. “This standard fits perfectly with ISO 14090 and describes how the impacts of different climate stimuli – such as temperature, rainfall and droughts – can expose the vulnerabilities of infrastructure, transport and society,” adds Kahlenborn.

“We have to prepare for weather extremes, such as intense rain but also drought. This can mean applying the ‘sponge city’ principle, collecting water during intense rainfall and then storing it for use during drought,” explains Kahlenborn.

“The truth is, there are already many guidelines on adaptation and risk assessment – and we found that people are overwhelmed by all these methodologies. Hence, ISO 14091, like the framework standard ISO 14090, summarizes and condenses the best practice and principles,” he concludes.

So, will climate change cause our infrastructure to bend or break? Adaptation to a changing climate can deliver positive returns for as long as tools and mechanisms are in place to establish tangible targets and best practice. ISO standards will figure prominently in this global climate dialogue.

This may also interest you